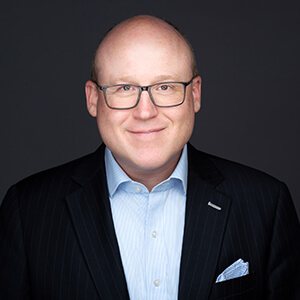 With more than two decades of experience conducting oversight and investigations on Capitol Hill, Jason Foster has represented four different congressional committees in hundreds of disputes with the Executive Branch over access to documents and witnesses in a broad array of contexts over the years.

As Chief Investigative Counsel to then-Senate Judiciary Committee Chairman Chuck Grassley (R-Iowa), Foster helped whistleblowers expose some of the biggest scandals of the Obama and Trump administrations—including Fast and Furious, the gunwalking scheme that armed the murderers of a U.S. Border Patrol Agent and the partisan funding behind the infamous Steele dossier, which initially remained hidden from the public for 11 months.

During his time working for Senator Grassley, he helped create the Senate’s bipartisan Whistleblower Protection Caucus and pass the FBI Whistleblower Protection Enhancement Act of 2016 and the Inspector General Empowerment Act of 2016. He also helped negotiate policy concessions to ensure access to Executive Branch information for all Members of Congress. In response to a controversial Justice Department legal opinion, Grassley sent a pivotal letter to President Trump as a Judiciary Committee chairman defending the rights of Senators in the minority.  Grassley also moved to block his nominee to the Office of Legal Counsel until the dispute was resolved.

After leaving the committee staff in 2018, Foster advised the investigations and litigation support practice of a DC public affairs firm, helping clients tackle legal and regulatory challenges through strategic research and advice.

Foster has written extensively about the importance of oversight in government, including in The Wall Street Journal, Newsweek, The Washington Examiner, and The Hill. 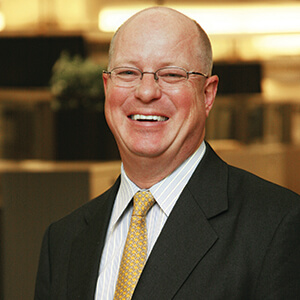 In addition, Zerbe has represented whistleblowers successfully in court – including the landmark case Whistleblower 21276-13W v. IRS, 144 TC 15 (2017) – which established a whistleblower-friendly definition of “collected proceeds” for purposes of determining an award under the whistleblower law. The Tax Court decision was recently codified by the U.S. Congress.

Prior to his law practice representing whistleblowers, Zerbe was Chief Investigative Counsel and Tax Counsel for Chairman Grassley (R-IA) where he worked on laws to protect and support whistleblowers—including the 2006 amendments that created the modern IRS whistleblower law. In his time with Grassley, Zerbe worked with a number of whistleblowers, helping them bring their story to the public.

Zerbe has a J.D. from George Mason University and an LL.M. in Tax from New York University. 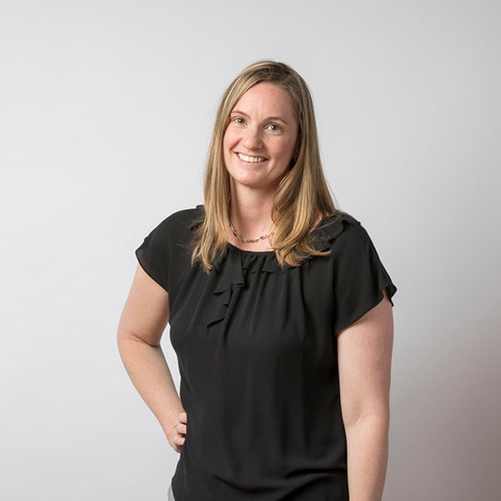 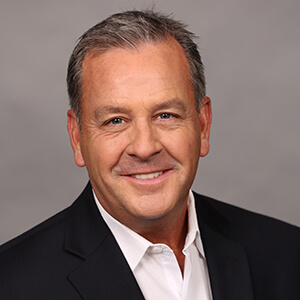 During his 30-year government career, Robert Heyer served as an Officer in the U.S. Marine Corps and as a Special Agent with the U.S. Secret Service. He distinguished himself in numerous leadership positions in the Secret Service—including as the Assistant Special Agent in Charge of the elite Presidential Protection Division and the Acting Special Agent in Charge of its San Diego Office. He developed a unique combination of extensive criminal investigative and executive protection experience. During his service at the White House, Heyer was part of a select team responsible for protecting the lives of Presidents and their families. A cousin of slain U.S. Border Patrol Agent Brian Terry, Heyer testified with family members during Congressional hearings into the controversial ATF Operation Fast & Furious. He currently serves on the Board of Directors of two other non-profit organizations, the Brian Terry Foundation and InfraGard San Diego. 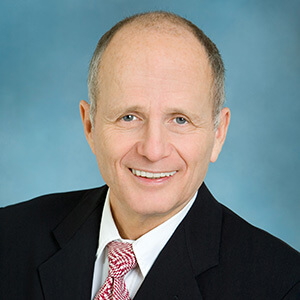 Gary Aguirre is best known for leading the Securities and Exchange Commission (SEC) investigation into insider trading at Pequot Capital Management, formerly the world’s largest hedge fund. He overcame retaliation for resisting his SEC supervisors’ demands to give a Wall Street banker preferential treatment due to the banker’s “political clout.” Pequot and its CEO eventually settled with the SEC for $28 million in May 2010.

Aguirre joined the SEC Enforcement Division in 2004, following a successful career as a trial lawyer in California and returning to law school to obtain an LL.M. in securities regulation and international law, graduating with distinction from Georgetown Law Center in 2003.

After his wrongful termination from the SEC, Aguirre sued under the Freedom of Information Act (FOIA). According to Forbes: “After ascathing 2007 report by the Senate criticized the SEC’s handling of Aguirre’s Pequot investigation, and after Aguirre dredged up the smoking gun e-mails and passed them along to the Senate, the FBI and the SEC in late 2008, the SEC reopened the case in January 2009.” Pequot closed its doors a few months later.

Aguirre has authored prize-winning articles on financial regulation that have been cited by the courts and at hearings before Congress. He represents whistleblowers and victims of securities fraud and market abuse. His clients have included public companies, internal agency whistleblowers, Fortune 500 executives, investment advisors, and investors. Most recently, he has represented and counseled clients entering the regulatory interface of blockchain technology and the capital markets. 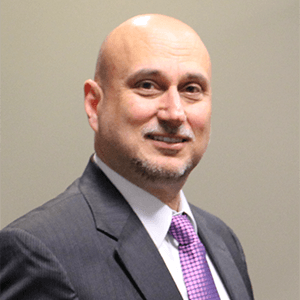 Director of Investigations and Research

Peter J. Forcelli is a retired N.Y.P.D. homicide detective who later served for 20 years as a Special Agent and in several leadership positions for the Bureau of Alcohol, Tobacco, Firearms & Explosives (ATF)—most recently as the head of training for the agency. He is well known for developing complex criminal investigations and standing up against injustice, regardless of the risk to him or his career.

Forcelli was one of several agents who faced retaliation for testifying to Congress about Operation Fast & Furious. His testimony highlighted the failures of the Arizona U.S. Attorney’s Office in the planning and oversight of the investigation. It also corroborated fellow ATF whistleblowers’ testimony and helped ensure the public was informed about the dangerous operation’s connection to the death of U.S. Border Patrol Agent Brian Terry. Forcelli later obtained a settlement through the Office of Special Counsel for the retaliation he suffered as a result of telling the truth.

He has also been involved in the exoneration of eight people who were wrongfully arrested and convicted for murders that they did not commit, helping the innocent to win their freedom while identifying and working to prosecute the actual killers. A survivor of the 9/11 terrorist attacks on the World Trade Center, he developed lung cancer as a result of his work in the rescue and recovery efforts at Ground Zero. He is President and CEO of Integritas Leadership & Resilience Solutions and also serves on Empower Oversight’s Whistleblower Advisory Panel—an initiative that invites those with experience blowing the whistle to volunteer their time to help others in similar circumstances. 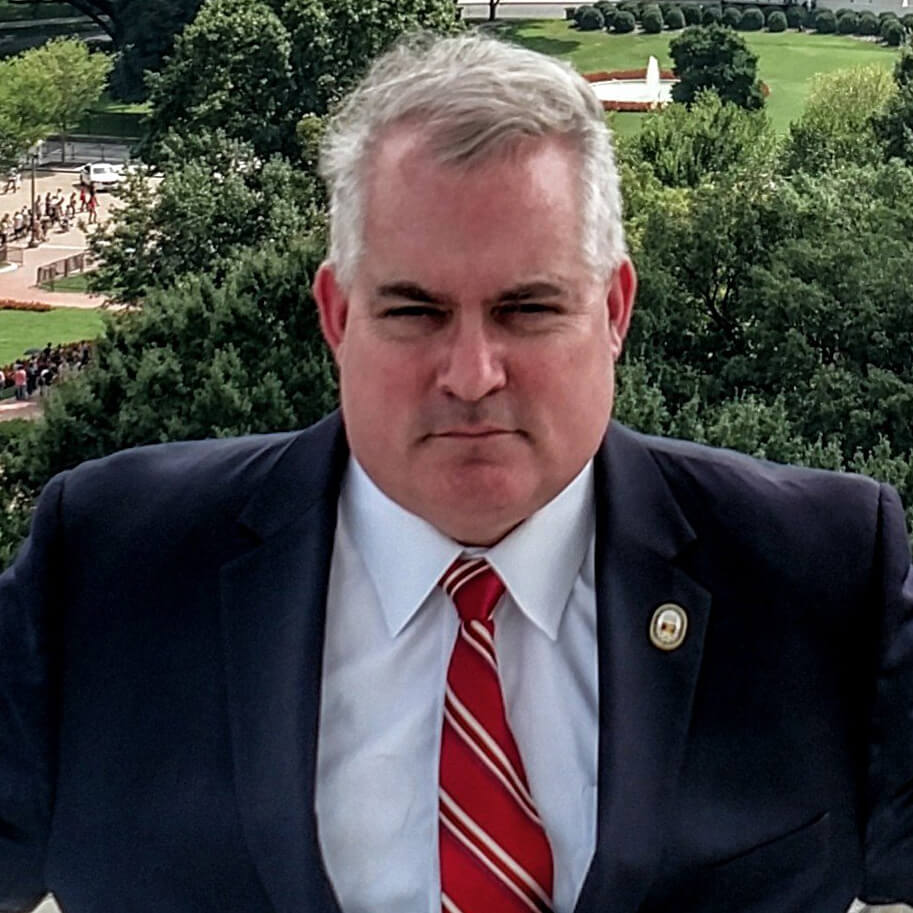 Dan Meyer is Managing Partner of Tully Rinckey PLLC’s Washington, D.C. office. Before joining the firm, Meyer promoted the federal whistleblowing mission through three Presidential administrations, including as the Intelligence Community’s (IC) foremost whistleblowing subject-matter expert. From 2013 to 2017, he served as the IC Inspector General’s Executive Director for Whistleblowing & Source Protection. After establishing the IC’s first program of its kind, working to help employees disclose allegations ranging from the compromise of intelligence operations, to intelligence analysis failures, to reprisal against Congressional and inspector general witnesses, he was removed and his position was eliminated.

From 2004 to 2013, Meyer served as the U.S. Department of Defense Inspector General’s first Director of Civilian Reprisal Investigations and then as Director of Whistleblowing and Transparency. He has himself blown the whistle on the suppression of whistleblower reports in the case of patient abuse at the Afghan Military Hospital as well as investigative misconduct in the review of spillage of classified information in the case of the movie, Zero Dark Thirty. He earned his law degree from Indiana University and co-authored Whistleblower support in practice. Meyer is also a decorated naval officer for his service during the Persian Gulf War. 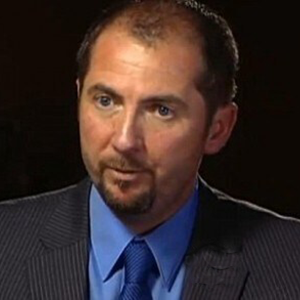 John Dodson is the author of The Unarmed Truth: My Fight to Blow the Whistle and Expose Fast and Furious. It is the story of his experience as an ATF agent speaking out about the connections between his agency’s operation and guns found at the scene of a border patrol agent’s murder—and countless other crimes in Mexico. A native of Virginia, he enlisted in the army where he worked in intelligence for three years. After a successful career in local law enforcement, making detective and working in the vice-narcotics unit, ATF recruited him in 2004.

His disclosures in 2011 to then-Judiciary Committee Ranking Member Charles Grassley were indispensable to oversight of the controversial ATF operation. After the Justice Department falsely denied the key facts in a reply letter to Grassley, Dodson publicly spoke with Sharyl Attkisson of CBS News about the case. Congressional and Inspector General investigations later vindicated Dodson and fellow whistleblowers who also came forward to tell the truth.